I’m a bit surprised not to have found standard documentation on this. If I have missed it, please point me in the right direction.

I’m just starting with turbo streams. I have followed the goRails tutorial here: 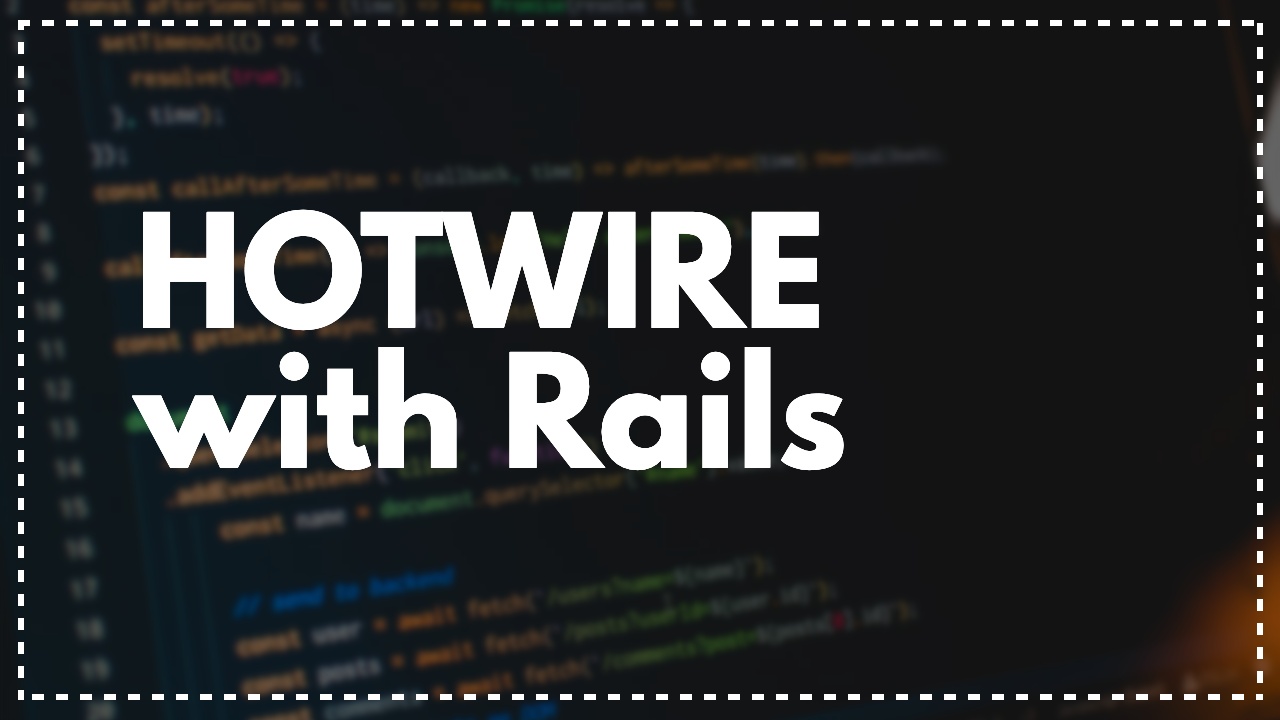 How to use Hotwire in Rails (Example) | GoRails - GoRails

Hotwire is the NEW MAGIC that DHH has been teasing about for so long. This episode we'll build the famous Twitter clone using Hotwire to see how it compares to other solutions out there.

My question is what happens when you’re dealing with a resource that is owned by a user.

How do you ensure that updates only go to users who have authorisation for a given resource.

Previously when I used websockets, there was a whole authentication dance. Is that handled for me with the signed stream identifiers?

is set up to handle security by wrapping identifiers into the stream name, (and the framework I’m using - jumpstart pro - seems to be doing that in practice) - but I can’t see any documentation on how this is supposed to be configured/used - and can’t even figure out where/how it is happening…

I can’t see it being any different to html. To access a stream, you still have to hit a route, and a controller action. You can handle authorisation at that level. And then stream responses accordingly.

I may just be fundamentally misunderstanding things here. I’m thinking about broadcasts from model updates.

that’s the code in the GoRails demo. Taking that unchanged;

If user1 creates an item, then that item is broadcast to user2, so user2 sees the resource which they’re not supposed to.

Clearly that is the intent in the demo - but it isn’t suitable in my case.

I tried broadcasting to apps_#{account_id} and using

I’m quite certain it is a known and common problem which people would have had to solve. but i’ve never had to to it personally (yet)…someone on this forum might be better able to help you?

Just using the id doesn’t stop someone from manually subscribing to any id they see fit.

Action cable is still there

I think this recent commit brings back the ability to specify specific channels also - looks like presently they are all handled by “Turbo::StreamsChannel”

Problem: inability to customize behavior of a channel (#264)

* Problem: inability to customize behavior of a channel When communicating wi…th turbo streams, `Turbo::StreamsChannel` will only validate signed stream name. No further customization is currently possible. This hinders the capabilities of Turbo Frames as it may not serve all edge cases an application requires. For example, when subscribing to a channel that is being infrequently broadcasted to, it is impossible to transmit last broadcasted value. Solution: allow to specify the channel in `turbo_stream_from` This gives us an opportunity to establish custom behavior by overriding some of the callbacks (`subscribed`, `unsubscribed`, etc.) while retaining full backward compatibility. In order to make development of such channels just a bit easier, I've extracted `verified_stream_name_from_params` into `Turbo::Streams::StreamName`. * Style * Style * Update streams_helper_test.rb * Problem: system test case failure Solution: `verified_stream_name_from_params` should be an instance method and not a class method. Co-authored-by: David Heinemeier Hansson <david@basecamp.com>

looks like the documentation is here in the code:

This file has been truncated. show original

This is because the broadcastable module and stream_helpers are not a main part of turbo rather turbo is an independent javascript framework designed to be integrated within many different programming languages. This code right here is from the turbo-rails gem and It is the Rails integration with turbo they made to show how it could be integrated with a backend. That is why it is not mentioned in the handbook because it acts separately from turbo

Having said that, I imagine a lot of users are coming from Rails - and I’m still surprised that there isn’t more documentation on this (even if within turbo-rails rather than the handbook)

Yea I know what you mean I was pretty confused about this part as well that could be really helpful!